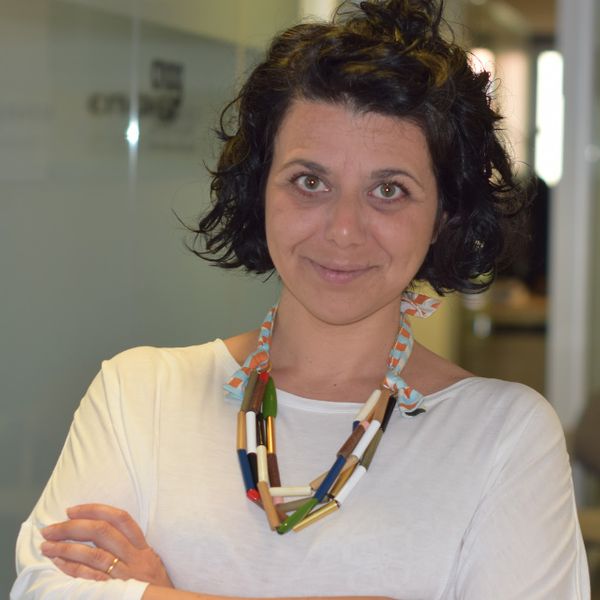 My graduate training was conducted at ISMB (UCL/Birkbeck College, London, UK) under the supervision of Prof. Maya Topf and Prof. Gabriel Waksman. During my graduate study, in the Wellcome Trust 4-year PhD Interdisciplinary Programme at ISMB, I became interested in interdisciplinary research involving both computational and experimental biology. During this time, I developed a hybrid protocol that integrates molecular dynamics information with evolutionary information and network analysis to characterise the allosteric mechanism regulating a large bacterial membrane protein machinery (Farabella et al., Elife. 2014; paper highlighted in Remaut & Ben Tal, ELife 2014). I also contributed to the development and documentation of the TEMPy library (Farabella et al., J Appl Crystallogr. 2015), for the assessment of 3D models derived by integrative modelling protocols by mainly integrating 3D cryo-electron microscopy (Cryo-EM) data and computational methods. TEMPy is now widely used in the Cryo-EM community, for instance, by the PDBeShape service at EMBL-EBI and by the CCP-EM project, and it is now part of the gold-standard assessment in the Cryo-EM community (Cryo-EM model challenge (2015–2016)).

In 2015, I joined the laboratory of Prof. Marc Martí-Renom (ICREA Professor, CNAG-CRG, Barcelona, ES), founded by a Juan de la Cierva Incorporation postdoctoral fellowship. Here, I used my specific expertise in integrative modelling to start investigating different aspects of genome structure organisation to identify the critical elements shaping the genome organisation. At CNAG-CRG, I have been involved in many projects. In particular, I implemented a de novo modelling approach integrating bioinformatics and physical theories to investigate the mechanism by which lncRNAs interact with chromatin and modulate the long-range organisation of the 3D chromatin structure of human chromosomes (Farabella et al., Nat. Struct. Mol. Biol 2021 ). I was also involved in a collaborative effort with the Fraser Lab (Department of Biological Science, FSU, USA) to decipher the organisation of the transcriptomes in the nuclear space and reveal the formation of nucleic acid-dense territories associated with transcriptionally active chromatin regions preferentially located closer to inactive chromatin regions in 3D (Morf et al., Nat Biotechnol. 2019).

I was also part of a large and exciting collaborative effort with the Wu Lab (Harvard Medical School, USA), Lieberman-Aiden Lab (Baylor College of Medicine, Rice University, USA), Yin Lab (Wyss Institute, Boston, USA), and Bruker Nano in which we introduced a new imaging technology for the sequential imaging of chromosomes at super-resolution (seq-OligoSTORM) and a suite of modelling and analysis tools (Integrative Modelling of Genomic Regions (IMGR)) to investigate the structural heterogeneity that exists among single cells in unprecedented detail. With our imaging and computational tools, we described the cell-to-cell variability, which can help in understanding the plasticity of each compartment. Then, detecting the paternal and maternal homologs in situ, we also quantify the in-cell variability, unveiling that the homologs within nuclei are more different than random. Finally, with IMGR we integrated the imaging with Hi-C data reconstructing a homolog-specific integrative model of diploid human cells that enabled tracing the chromatin structure in 3D as well as placing multi-omic genome information, such as regulatory elements, into the 3D context of a diploid nucleus with unprecedented levels of genomic resolution.

This effort led to multiple visiting periods in the Ting Wu at the HMS, who I joined in 2020 as Researcher. Since 2021 I am a Senior Postdoc and Principal Researcher of the Barcelona Hub of the Centre for Genome Imaging (CGI-CEGS) to tackle the gigantic effort of imaging whole genomes.