Phone
+39 050 509032
Research center
CNI@NEST
About
Mauro Gemmi is a physicist. He has got his PhD in physics from Bologna university with a thesis on "Crystal structure analysis by electron diffraction: strategies and applications" in 2000. Since 2001 he has worked in several electron microscopy labs in Europe (Stockholm University, Milan University, Institut Néel Grenoble) becoming one of the maximum experts in the application of electron diffraction to structure solution problems. Since the end of 2010 is responsible of the TEM laboratory of the Center of Nanotechnology Innovation@NEST a center of the Istituto Italiano di Tecnologia network in Pisa Italy. From august 2015 he has been appointed as coordinator of the center. He has been among the first to extensively use precession electron diffraction for solving crystal structures and is now leading a TEM laboratory which is a reference center for 3D electron diffraction. His main research goal has always been to apply electron diffraction to structural problems in any field of crystallography. At the moment he is developing low dose 3D ED methods to investigate beam sensitive materials like organics, hybrid crystals and proteins. His scientific dream is to see electron diffractometers entering in every crystallographic lab. From 2015 to 2018 he has been chairman of the SIG04 on Electron Crystallography of the European Crystallographic Association. He is member of the Italian Crystallography Association (AIC) and of the Mineralogical Society of America.
Experience External 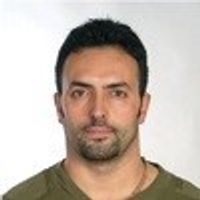