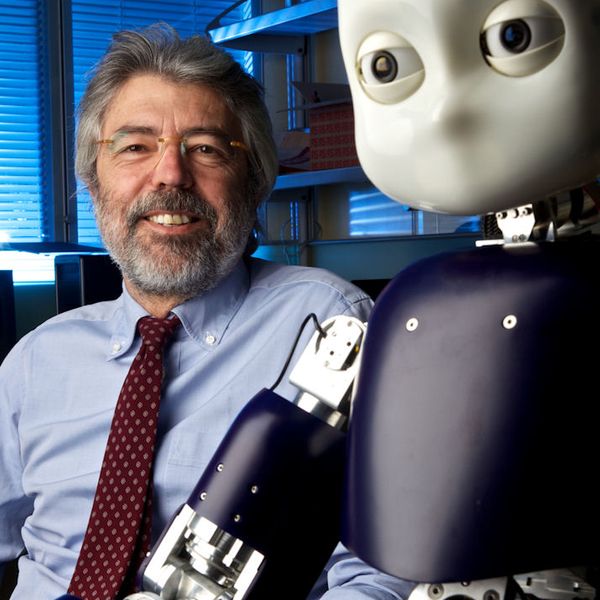 Giulio Sandini is Founding Director at the Italian Institute of Technology and full professor of bioengineering at the University of Genoa. After his graduation in Electronic Engineering (Bioengineering) at the University of Genova in 1976 he was research fellow and assistant professor at the Scuola Normale Superiore in Pisa until 1984. During this period, working at the Laboratorio di Neurofisiologia of the CNR, he investigated aspects of visual processing at the level of single neurons as well as aspects of visual perception in human adults and children. He has been Visiting Research Associate at the Department of Neurology of the Harvard Medical School in Boston where he developed diagnostic techniques based on brain electrical activity mapping working with dyslexic children . After his return to Genova in 1984 as associate professor, in 1990 he founded the LIRA-Lab (Laboratory for Integrated Advanced Robotics, www.liralab.it). In 1996 he was Visiting Scientist at the Artificial Intelligence Lab of MIT.

Since 1980 Giulio Sandini coordinated several international projects in the area of computer vision, cognitive sciences and robotics. Among them from 2004 to 2010 he coordinated the project RobotCub, funded by the "Cognitive Systems" unit of the European Union. RobotCub  consortium included 11 European partners contributing to the realization of the iCub humanoid platform as a tool to investigate human sensory, motor and cognitive development (FP6 IST-P004370 https://cordis.europa.eu/project/rcn/71867/factsheet/en).

In 2004, as “expert in anthropomorphic robotics” Giulio Sandini was commissioned to support the Scientific Director in the preparation of the IIT initial scientific program specifically for the aspects related to the “Robotics” platform with its interdisciplinary contents and the relationship with the other two initial platforms of IIT: Neuroscience and Nanotechnology.

Since July 2006 Giulio Sandini is on absence of leave from University of Genoa as he has been appointed Director of Research at the Italian Institute of Technology where he has established the department of Robotics, Brain and Cognitive Sciences. RBCS department concentrates on a multidisciplinary approach to human centered technologies encompassing machine learning and artificial cognition, exploring the brain mechanisms at the basis of motor behavior, learning, multimodal interaction, and sensorimotor integration.

Giulio Sandini research activities are in the fields of Biological and Artificial Vision, Computational and Cognitive Neuroscience and Robotics with the objective of understanding the neural mechanisms of human sensory-motor coordination and cognitive development from a biological and an artificial perspective. A distinctive aspect of his research has been the multidisciplinarity of the approach expressed through national and international collaborations with neuroscientists and developmental psychologists. Giulio Sandini is author of more than 300 publications and 30 international patents. He has been coordinating international collaborative projects since 1984 and has been the chair of international conferences and workshops. He has served in the evaluation committees of national and international research funding agencies and research centers as well as international journals. 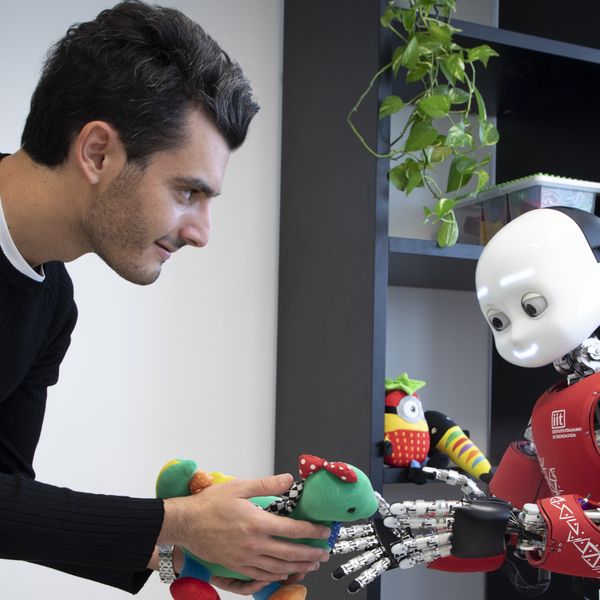