Dr. Ana Tanevska is a postdoctoral researcher at the Italian Institute of Technology in Genoa (Italy), within the ERC-funded project wHiSPER under the lead of Dr. Alessandra Sciutti, investigating shared perception between humans and robots. Ana obtained their PhD degree in Bioengineering and Robotics from the University of Genoa in March 2020, with the thesis "Towards a Cognitive Architecture for Socially Adaptive Human-Robot Interaction".

Prior to moving to Italy, Ana obtained a B.Sc. degree in Computer Science and Engineering (2015) and a M.Sc. degree in Intelligent Systems Engineering and Robotics (2016), both from FCSE (FINKI) in Skopje, Macedonia.

Ana's main research interests include cognitive robotics, adaptation in human-robot interaction (HRI), and socially-assistive robotics. Their work on socially-adaptive cognitive architectures has been most recently published in Frontiers in Robotics and AI. Since November 2020 Ana has been working as a scientific secretary and events coordinator of the iCog scientific initiative under the lead of Prof. Giulio Sandini. 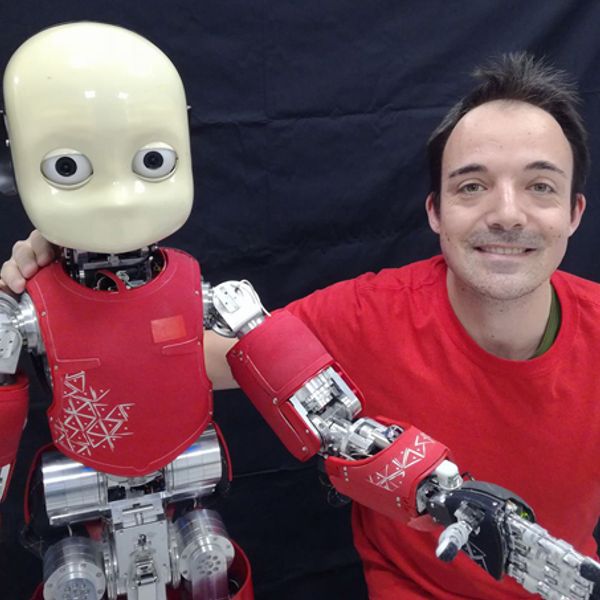