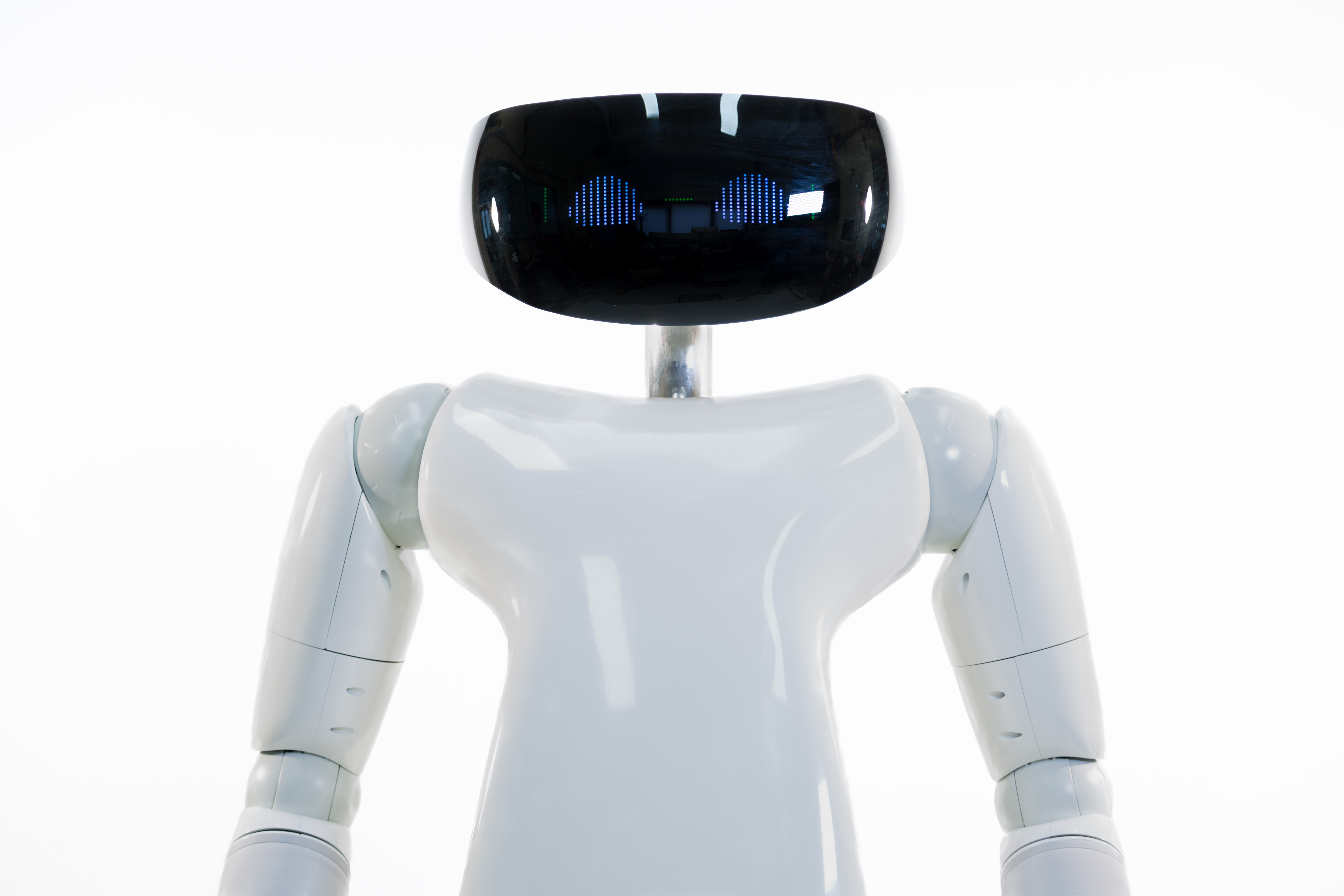 In the past few years, robotics witnessed an important transformation as an increasing number of companies started to provide service robots intended to work cooperatively with humans. The robots developed so far are either rather costly, or unsuitable for manipulation tasks. In designing “R1” we aimed at demonstrating the feasibility of an affordable service humanoid robot. The ballpark cost of R1 is in the range of a small “family car” and, possibly, when produced in large quantities, it will come with a significantly lower price tag. The problem of cost has been addressed from three directions: with the use of polymeric materials, lightweight design and by implementing novel actuation solutions.

R1 shared the software API of iCub. It is 1.3m tall. The torso is equipped with an extension mechanism that allows varying its height from a minimum of 1.15m to a maximum of 1.45m. R1 has an especially small footprint to move in cluttered office/home/mall environments. R1 is safe for interaction. R1 can be torque controlled (active torque control) via read outs from two 6-axial force-torque sensors and tactile pressure sensors in the hands and forearms. R1 has two eight degree of freedom (DoF) arms. The payload is 1.5kg in the fully stretched configuration. Hands have four-DoF and they are equipped with distributed pressure sensors, joint angle encoders and series elastic actuators to allow monitoring grip forces. The head is equipped with sensors for HRI including cameras and microphones, a loudspeaker and RGB LED matrix display.