The objective of the Young Reviewers Program is to assist and guide the RAS members toward the best practices in peer-reviewing of scientific papers. This event is intended to provide the community with information about RAS's review process and suggest the best guidelines for reviewing a scientific paper. Additionally, the upgraded version of the YRP website will be presented and the 2022/2023 application cycle will be officially launched, right after the ICRA 2023 paper submission deadline.

There is NO CHARGE for this event, however registration is required (please visit this link).

If these questions sounds familiar to you and you would like to gain a deeper knowledge about the related topics, join the first virtual event of the YRP!

Marta Lorenzini is a postdoctoral researcher at the Human-Robot Interfaces and Physical Interaction lab (HRI2) at Istituto Italiano di Tecnologia (IIT). She received the B.S., M.S., and Ph.D. in Department of Electronics, Information and Bioengineering from Politecnico di Milano, Milano, Italy in 2014, 2016, and 2020, respectively. She is currently involved in Horizon-2020 project SOPHIA and ERC project Ergo-Lean. and also active in a technology transfer initiative with several industrial partners, the JOiiNT lab at Kilometro Rosso Innovation District. She was the winner of the Solution Award 2019 (Premio Innovazione Robotica at MECSPE2019), the KUKA Innovation Award 2018 and IEEE Italy Section 2021 PhD Thesis Award by ABB - New Challenges for Energy and Industry. Her research interests include human kinodynamic states real-time monitoring, human ergonomics estimation and assessment, physical human-robot interaction and feedback interfaces. 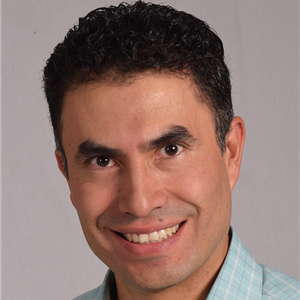 Marco Morales Aguirre is an Associate Professor in the Department of Computer Science at Instituto Tecnológico Autónomo de México (ITAM) and a Teaching Associate Professor in the Department of Computer Science at the University of Illinois Urbana-Champaign. He has also been a Visiting Professor at Texas A&M University and a Lecturer at Universidad Nacional Autónoma de México (UNAM). He holds a Ph.D. in Computer Science from Texas A&M University, a M.S. in Electrical Engineering and a B.S. in Computer Engineering from UNAM. He is a member of the National System of Researchers of Mexico. His main research interests are in motion planning and control for autonomous robots, artificial intelligence, machine learning, and computational geometry. 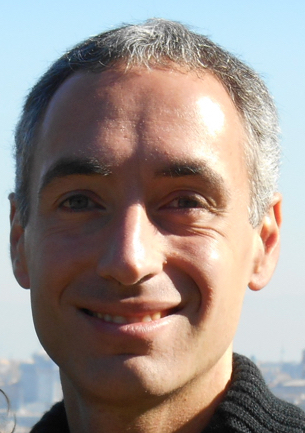 Paolo Robuffo Giordano is a CNRS senior research scientist head of the Rainbow group at IRISA/Inria, Rennes, France. He holds a PhD degree in Systems Engineering obtained in 2008 at the University of Rome “La Sapienza”. From January 2007 to July 2007 and from November 2007 to October 2008, he was a research scientist at the Institute of Robotics and Mechatronics, German Aerospace Center (DLR), Germany, and from October 2008 to November 2012 he was a senior research scientist at the Max Planck Institute for Biological Cybernetics and scientific leader of the group “Human-Robot Interaction”. His scientific interests include motion control for mobile robots and mobile manipulators, visual control of robots, active sensing, bilateral teleoperation, shared control, multi-robot estimation and control, aerial robotics.